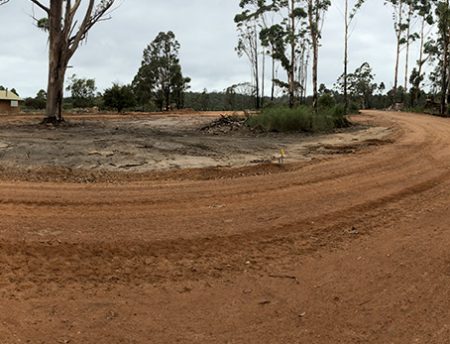 The Parks for People Caravan and Camping initiative is a $21.05 million investment funded over four years through Royalties for Regions to improve and expand visitor facilities in national parks and reserves throughout WA.

$1.35 million of this funding was allocated to the Deparment of Parks and Wildlife (DPaw) for the general reconstruction of the original Shannon town site, located in the Shannon National Park. This included the construction of roads and paths in and around the park’s campsite area.

DPaw undertook much of the clearing of the vegetation, with Leeuwin Civil responsible for road, campsite laydowns for buses and caravans, and pathway construction. This also included drainage comprising 50 galvanised culverts; cement stone pitched headwalls; and some pre-cast concrete headwalls with stone pitched aprons.

Programming was planned during the summer months in this high rainfall area, due to the sandy clays and clayey soils. However, although the team did encounter some delays during works during what was an unusually rainy end to the summer, works were completed in time for the grand opening in March 2017.